skip to main | skip to sidebar

Tha solar installation project in Nepal has been completed !

Now that I'm home healing an injury, I might as well put the time to some use and write about something that interests me: how to explain the inner workings of a solar cell in plain language. Admittedly any discussion that involves the submacroscopic world that can't be experienced directly takes a leap of faith, a willingness to believe that theories, evidence, calculations and measurements can and do lead to successful predictions that we can actually experience in the macroscopic world. Such is the world of atoms, electrons and photons and of waves and particles. It is also a fundamental part of understanding electricity and solar cells.

It's been ages since I've written about solar cells. In some of those early posts I made an attempt at explaining solar cells in posts labelled CIGS. In this post I want to focus on the mechanism of how the stuff of sunlight, photons, interacts with the stuff of electricity, electrons. The simplest example is actually quite straightfoward: one photon gets absorbed by one electron. The photon then ceases to exist (see above regarding leap of faith) and the electron picks up all its energy. If this electron was originally trapped by an atom and if absorbing a photon gives it enough energy to break free of the atom then you have what is called the photoelectric effect.The photon itself can be of higher or lower energy, blue light being the more energetic variety and red light the less.

An electron absorbing a photon lies at the very heart of a solar cell. Remember, the end goal is for the solar cell to set electrons in motion around some external circuit and get them to do some work, like turn on a light bulb. Interesting, in a light bulb electrons can create a photons where none existed  (go back to the leap of faith bit) and send them out to be enjoyed by you and me. But now I'm digressing. The slow and tired electron can then make its way back to the solar cell to see if it can get another chance at capturing a new photon.

I've only mentioned the first step in the proper functioning of a solar cell, that is, the absorption of sunlight by bound electrons enabling them to become free. 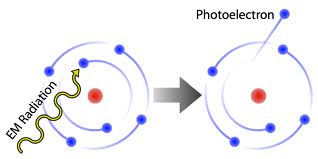 By no means does this guarantee that they'll do any useful work. There's still the bit about setting the electrons in motion to be explained and the story of their journey is filled with pifalls and traps, walls and barriers.

But freeing electrons is where it all starts.

The solar panels are on their way to Gilung, Nepal and soon they will be installed. The Himalayan Light Foundation will see to the installation. But I won't be going there myself now, not at this time anyway. I managed to get caught between a car and a curb while bicycling and chose to fall onto the curb. Result, a fracure in the upper arm and a torn ligament. Doctors said not a chance to head off to Nepal next week. For the first time I can remember, I'm considering the idea of giving up bicycling and finally getting a car.
Posted by Forget-me-not at 18:34 No comments:

the solar shipment is on its way ! Here you can see the two units to be installed in the two community buildings in Gilung, Nepal. 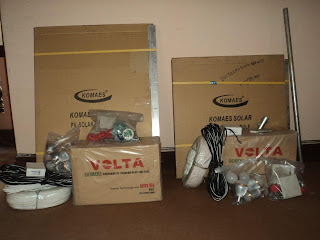 The project is launched!

The community centers in remote Gilung in Nepal have no electricity or lights, just like much of rural Nepal. This project will bring solar lights to the two community buildings.

Here is a picture of the inside of the community center. 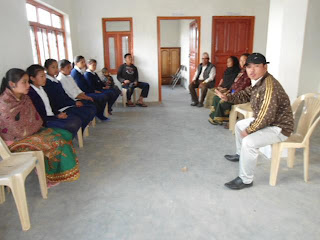 Here is a picture of the committee members in front of the community center. 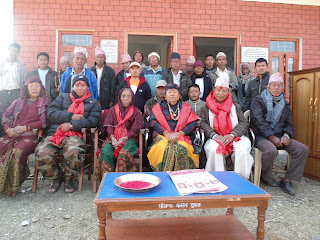 I've been trying to get the site launched for my friends who have expressly said they would like to contribute to the project, although I'd like the page to mainly serve as a gateway for information about the trip because it's set up quite well. So I hope you'll have a look just to see the specifics of the project!

Update 11.8.2013: the project is complete and the link is no longer active. I've removed the link.